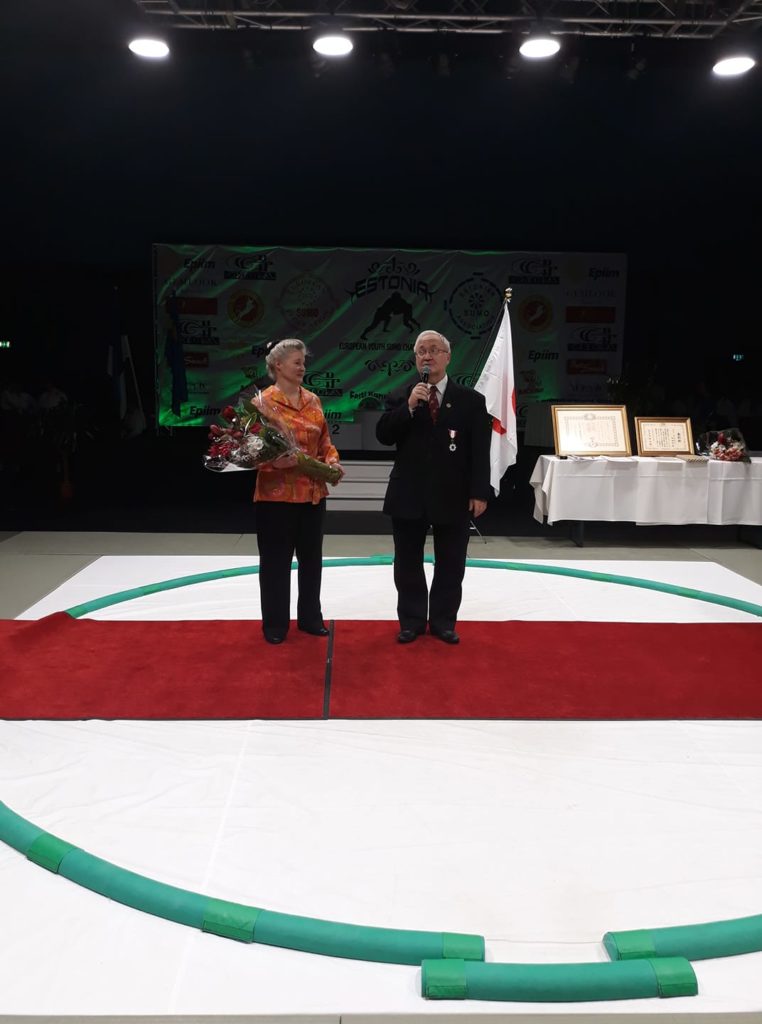 It is very nice to could inform you that Mr. Riho Rannikmaa – Secretary General of European Sumo Federation has got Order of The Rising Sun. It is a Japanese order, established in 1875 by Emperor Meiji of Japan. The Order was the first national decoration awarded by the Japanese government,created on 10 April 1875 by decree of the Council of State. The badge features rays of sunlight from the rising sun. The design of the Rising Sun symbolizes energy as powerful as the rising sun in parallel with the “rising sun” concept of Japan (“Land of the Rising Sun”). The order is awarded to those who have made distinguished achievements in international relations, promotion of Japanese culture, advancements in their field, development in welfare or preservation of the environment.